Bankruptcy Information about your Rights Under the United States Constitution.

There is a bankruptcy court for each judicial district in the country. Each state has one or more districts. The district that handles bankruptcy in southern California is the of the 9th Circuit Central District court.Much of the bankruptcy process is administrative, however, and is conducted away from the courthouse. In cases under chapters 7, 12, or 13, and sometimes in chapter 11 cases, this administrative process is carried out by a trustee who is appointed to oversee the case.

Bankruptcy is an Administrative Process.

A debtor’s involvement with the bankruptcy judge is usually very limited. A typical chapter 7 debtor will not appear in court and will not see the bankruptcy judge unless an objection is raised in the case. A chapter 13 debtor may only have to appear before the bankruptcy judge at a plan confirmation hearing. Usually, the only formal proceeding at which a debtor must appear is the meeting of creditors, which is usually held at the offices of the U.S. trustee. This meeting is informally called a “341 meeting” because section 341 of the Bankruptcy Code requires that the debtor attend this meeting so that creditors can question the debtor about debts and property.

A fundamental goal of the federal bankruptcy laws enacted by Congress is to give debtors a financial “fresh start” from burdensome debts. The Supreme Court made this point about the purpose of the bankruptcy law in a 1934 decision:

[I]t gives to the honest but unfortunate debtor…a new opportunity in life and a clear field for future effort, unhampered by the pressure and discouragement of preexisting debt. Local Loan Co. v. Hunt, 292 U.S. 234, 244 (1934).

This goal is accomplished through the bankruptcy discharge, which releases debtors from personal liability from specific debts and prohibits creditors from ever taking any action against the debtor to collect those debts.

The bankruptcy process is complex and relies on legal concepts like the “automatic stay,” “discharge,” and “exemptions.”  It is important that you consult with an experienced bankruptcy attorney to obtain accurate bankruptcy information and make an informed decision. 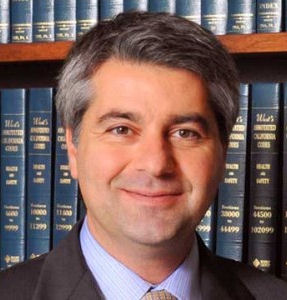 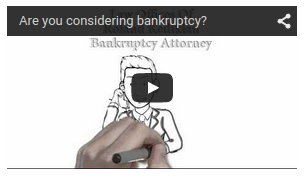 We are members of the Central District Consumer Bankruptcy Attorney's Association

We are members of the National Association of Consumer Bankruptcy Attorneys

We have been admitted to the U.S. Central District , Eastern District, and Southern District Court.

We are bankruptcy attorneys with excellent standing with the California State Bar.